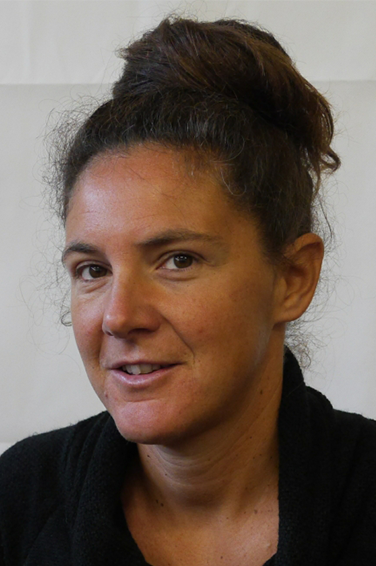 Hello, I’m Miss Juan, I’m from France and I love teaching children how to speak another language.

Welcome to our French class where children enjoy learning and understanding another culture and language. At Saint Paulinus, we strongly believe in the benefit of this and we therefore implement the teaching of French to children from year 3 to year 6. Our children enjoy being creative and expressing themselves. They join in with singing French songs, reciting rhymes and poems, responding to and acting out traditional stories such as “The three little pigs”, “Little red Riding Hood”, etc…. They create mimes, sketches and role-play , imitating accurate intonation and pronunciation. They are given opportunities to read stories for enjoyment and to practice vocabulary and write independently. In summer months, they take part in traditional French playground games such as “les boules”.

A French day will be also organised where children across all key stages will improve their French language and intercultural awareness skills.

Ask your child to sing you a song and to speak a bit of French, you will be impressed and happily surprised.

Reading and writing skills are supported by, and reinforce, the development of oracy. Children become familiar with the relationship between phonemes and graphemes. They apply this knowledge in their reading and spelling. Children understand, read and enjoy different forms of paper and electronic texts, such as stories, poems and messages. They write simple sentences and short texts, often using a frame or model. They develop a basic knowledge of the writing system, spelling and structure of the language.

We use fairy tales as projects in French, such as ” Little Red Riding Hood”, ” Goldilocks and the three bears”, ” the three Billy goats”…Children read and understand the story with the use of mimes, then in groups, they start acting some scenes from the story then build up gradually their confidence to finally be able to rewrite the whole story with their own words.

Children learn to describe animals using feminine agreements, verbs of movement and talk about their habitats.  Children listen and respond to a story ( les 4 amis). They add to their repertoire of verbs and continue to gain confidence in using language for classroom interaction.

Children should be able to name the different countries around the world and making statements about France’s geographical features.  They learn how to say where and how they would like to go on holiday and where they have been They can read and listen to more complex language from non-fiction texts.

Children understand and use numbers in multiples of 10 up to 100. Children should be able to tell and ask the time. Children learn how to retell a famous French Fable Le lievre et la tortue. They show understanding of the fable prepare an oral task and use a bilingual dictionary to research new language.

Aujourd’hui, maintenant, souvent, quelquefois, a + time on the clock

We also use the scheme of work ” tout le monde” ( an interactive website in line with the framework) that provides a range of different reading resources that ranges from comic strips to newspaper extracts, rhymes and poems, ideal for reading comprehension

Today the school celebrated MFL (Modern Foreign Language) Day with a fun filled day of activities. Each year group adopted a country and related their whole school learning day to their country of choice. The whole school was rewarded with the opportunity to taste...

Think before you print, if you need all the calendar events to hand, why not use our School App.
?